In a time where the world seems to have noticed the force behind African music as more than a budding genre but a massive power in international entertainment – Enamel has managed to stand out as an emerging iconic voice in the scene.

Carving his rise with his smooth melodious tone and his amazingly vivid storytelling, Enamel is described by GQ Africa as an artist on the ‘radar’. Enamel’s talent is highlighted by his ability to convert everyday life stories into infectious beats that become amazing songs. From chilling with his ‘gang’ to appreciating African women and highlighting political issues that plague the continent, his diversity in musical topic inspires creativity.

Born into a family of 5 boys and a strict mother that served as the headmistress in their local school, Enamel had to find creative ways of making music. He would often hide his journal where he wrote his lyrics in fears that it would get him in trouble. Instead of giving up on a dream that spanned from his days as a pre-teen, Enamel got his older brother to read what he had created on his journal which convinced him in aiding Enamel’s rise as a musician.

‘I want to create good music that motivates good vibes in the world. My real dream, though, is to take Afro-Pop into the world like no one has ever done before,” he shares. “It’s Africa’s time now, but let’s make it Africa’s time forever – that would be dope.”

With Enamel’s EP being released later in 2020, Enamel aims to welcome the world into his furthest adventure with music, a love affair that has professional took off into 2019 but had been in works for close to a decade. Heavy-hitters such Kel-P, Kiddominant and frequent collaborator and label-mate, Dah Richie, join him in the creation of what is set to be an ethereal journey into the heart of Africa’s musical gift. 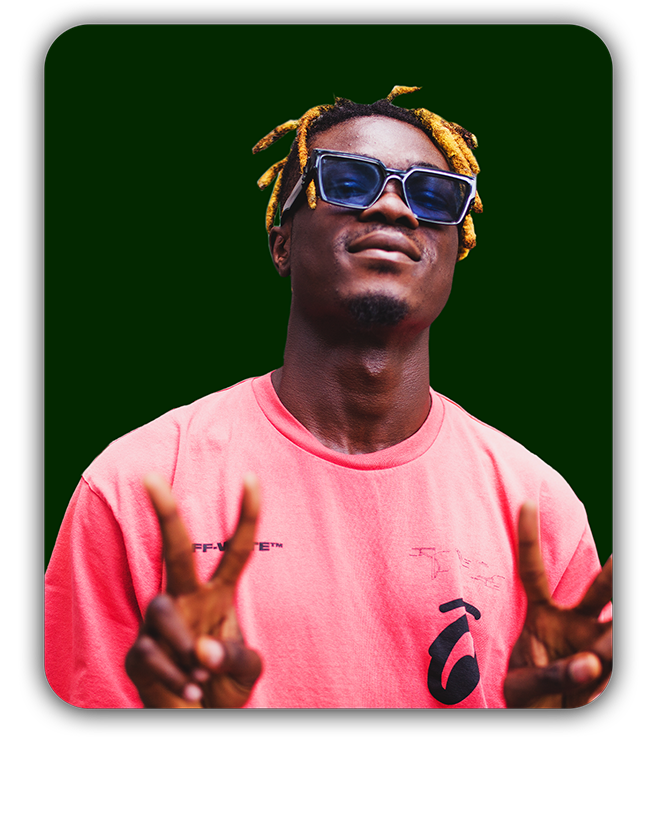 “I look up to a lot of artists, but no specific artist influenced me to pick up the mic. I am just me trying do to me daily.” Dah Richie remarks, confidently. Aware of his musical prowess, Dah Richie does not underplay his talent by owing his decision to pursue music to legends that he looks up to. He respects them, but defines his dreams as independent of their legacies, which is often not the case with new stars in the horizon.

Hailing from Ibadan, Dah Richie has his eyes on capturing the local and international market.

As an artist that understands Afro-Pop’s ability to touch the world in places only a digital connection can, he is motivated to find the next sounds between the intricacy that Afro-Pop and Trap can offer as a sub-genre that has barely been charted. He sets the stage with his ability to maneuver the two genres passionately, but carefully as well. “I have been working hard to perfect the mix of the two. I know I will perfect it soon.”

Calm and confidently, Dah Richie shares laughs as the funny person in his circles. You could be convinced that his light-hearted character directed his foray into music more seamlessly. “I decided to hop onto a record that was produced by Mac on a night Enamel was recording music. I was nervous that night but when we listened to the song afterward, we liked it so much that we dropped it the same day. I knew music was my path from thereon.” He shares.

Coming from a great year of recording music for his future releases, the 23-year-old-talent cannot wait to share what he has concocted with the world. “I want the world to feel me, I want them to hear what I have created for them.” 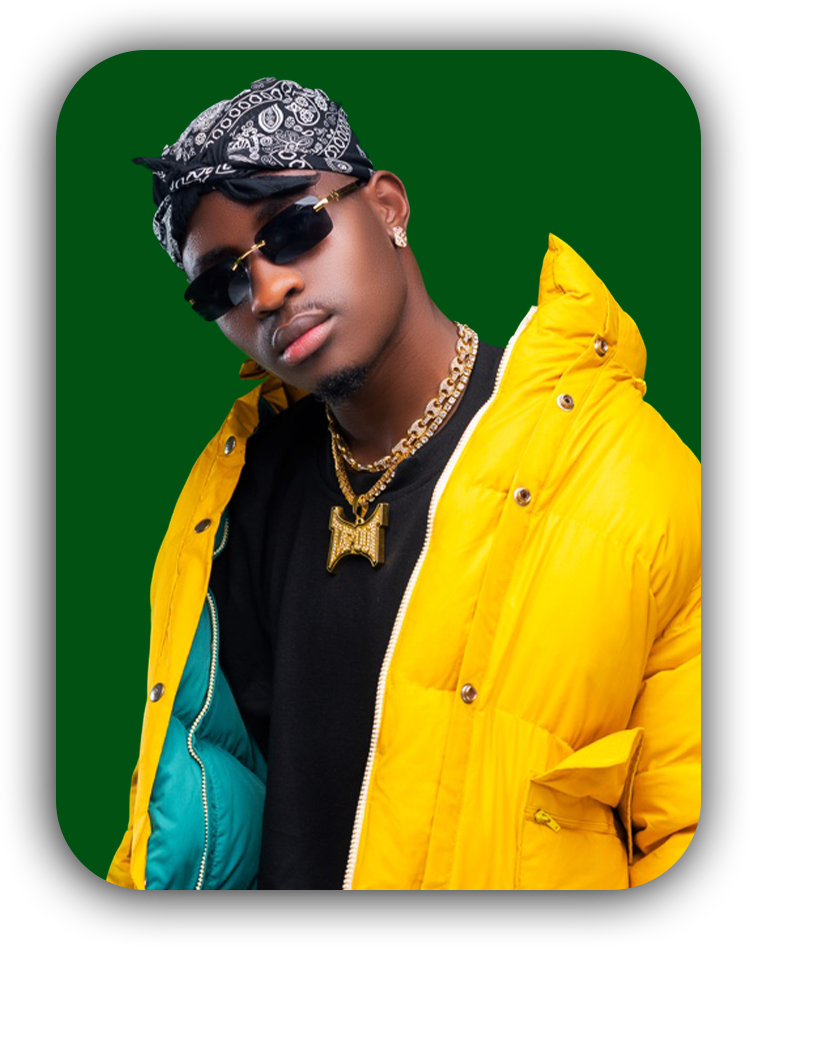 Building an international brand can be described as labour-intensive, busy and downright difficult, but Helpline describes it as a blessing. In an industry that is highlighted by its high risk and high reward for its winners, the head huncho behind More Coke Everyday Entertainment has used his philosophy of the power of learning to catapult the growth of his life and business. “Growing is an act of learning and unlearning. If you perceive life as a blessing, failure becomes difficult.” Helpline shares. “I love the ups and downs of it all.”

From his days in university, Helpline had been dabbling in media where he served as the Editor-In-Chief for the campus newspaper. “I had an idea that we could merge all the newspapers from different campuses around the state to form one major university newspaper and it worked well. We did not see the need for students living in the same state to read different papers. Ovation Magazine was a big inspiration for us.” But the music business is where he set his vision for the long-term. International players like P-Diddy’s Bad Boy Records and Jay-Z’s Roc-A-Fella painted the picture of financial freedom in the music business so vividly for Helpline. “I liked these icons specifically because they understood the balance between business and creativity quite well. They preach financial freedom and prosperity constantly. The investments they have made and musical achievements they have amassed are awe-inspiring. We really do write our own stories in this life.”

African music has been on the rise, recently occupying top charts in multiple territories around the world. It is not the rise of African music in international territories that has amazed him but the amount of time it has taken both local and international fans to catch onto the various flavors. “Africa has been under the weather for a while,” he shares. “I mean hear the sounds of the AmaPiano genre, it’s Africa telling a story through passionate beats and vocals the same goes for AfrobeatS, and they sound great!. I’m thankful to the pioneers of these many sounds that got us to where we are right now. Artists like Brenda Fassie, Angelique Kiddo and Fela Kuti really pushed the continent musically.” The grandeur-infested minds of music executives are traits he steadily avoids. There have been many legends before and he is not trying to become one, he is passionately following a calling.

Helpline understands that success demands a sheer amount of hard work and time, which is why he compares the experience of an artist signed to MCE as being in university. The success that virality brings the stars of the new digital age are far removed from the grooming process that the artists undergo in the label. “We are chasing the dream : we are not chasing the competition. That takes time and we are patient. It’s as simple as understanding that for one to take over the world, they have got to understand that they are a masterpiece that first has to master the peace.” 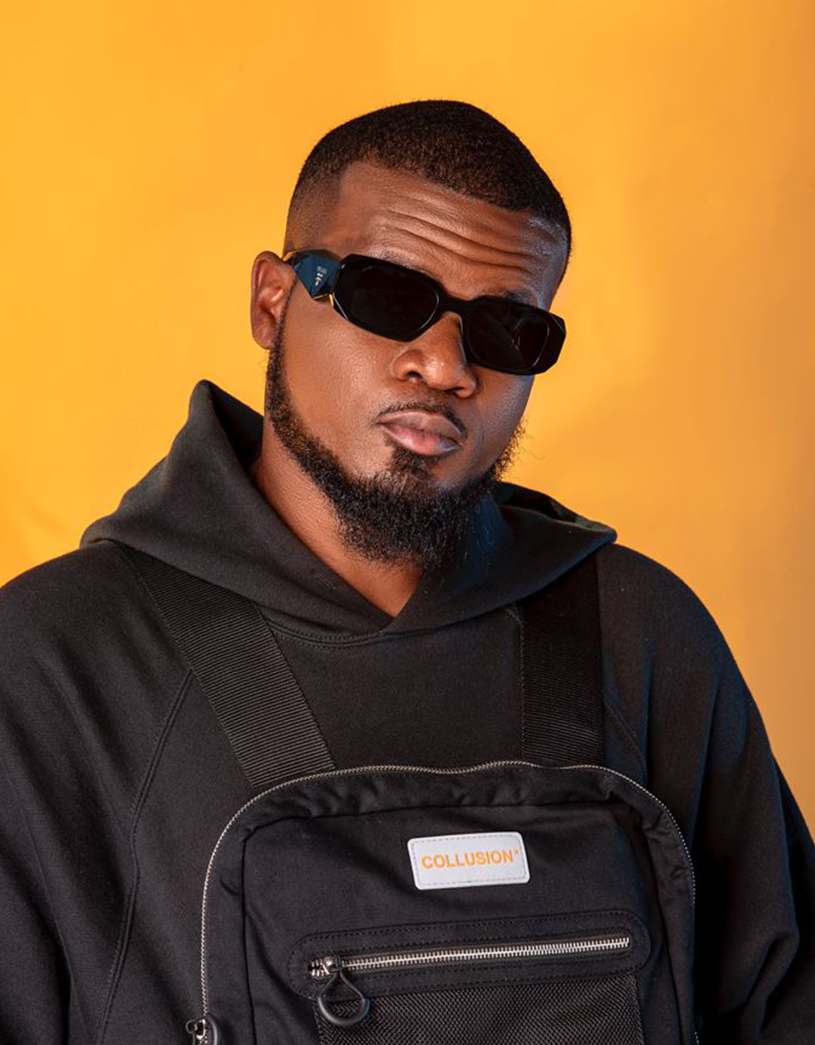